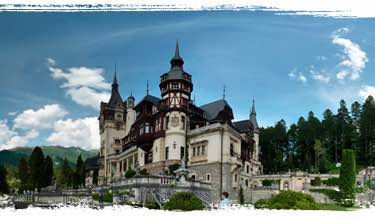 The name “Romania” has linguistic ties with the words “Roman” and “Rome.” Indeed, the Romans did occupy the territory that is now Romania. Romanians trace their strong Latin heritage to a pre-Roman people, the Dacians, who occupied their territory and whose settlements are still being uncovered by archeologists.

Romania is not only famous for Dracula and vampire stories. It enjoys great natural beauty, diversity and a rich cultural heritage that includes holiday celebrations, folk crafts, music, and incredible food. You’ll find enchanting castles and palaces, which were built right up until the 20th century, an unspoiled countryside with villages that seem to have been brought back from the past, historic cities, majestic mountains, the Black Sea, and the busy modern capital of Bucharest.

Romanians are by nature fun loving, warm, hospitable, and playful, with an innate sense of humor. Living like one of them, you will enjoy delicious foods cooked in clay pots and kettles, play soccer or oina, a Romanian game similar to baseball, try the emotional and unique experience of visiting the rare and beautiful painted Orthodox monasteries in Bucovina, or go to the opera, theatre, movies and folk shows.  Your high school year will come to an end all too soon.

Choosing to study in Romania as an ASSE Exchange is the best choice you’ll ever make.